Now, Arreola said, it's about "working through the details."

"Both the South and West continue to be underserved and in some ways downright ignored," Arreola said. "With the same spirit from our respective formations, we come together now to be a bigger, bolder voice in the growth of the San Antonio region."

Arreola would continue to be president if the two organizations unite.

Kristi Villanueva is currently president of the West Chamber.

"We are approaching this merger in phases as we aim to ensure all our members receive full access to the programs and services we offer and those we seek to expand," Arreola said. "By consolidating efforts, we are offering a comprehensive investment that will return expanded services, strengthen our reach and advocacy, and better coordinate our viable economic opportunities." 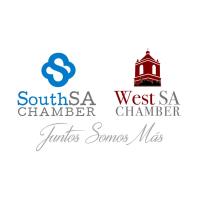